Over 500 kids from schools and clubs all over Windhoek participated and made the event a huge success. Over 50 teams from Mandume Primary School, Falcons Football Academy, Namutoni Primary School and Greeff Primary School played against the older, established football clubs such as DTS, SKW, Ramblers and ACFA.

Age groups from Under7 - Under12 were competing against each other whereas DTS together with the other main private football clubs dominated the tournament.

Some pictures from the Futsal Cup 2018 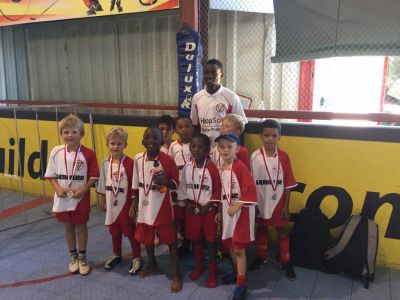 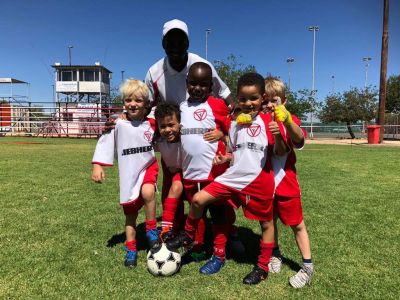 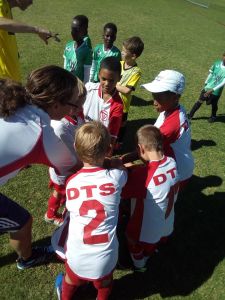 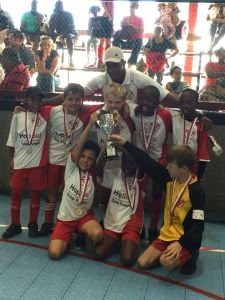 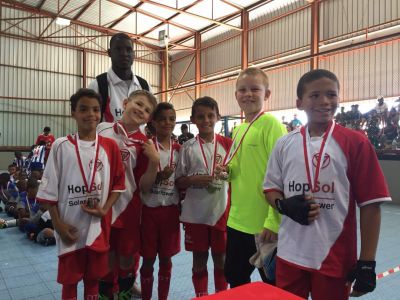 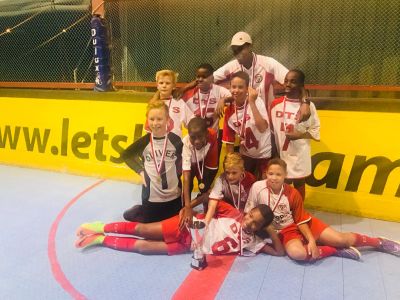 U7 B-Team: I can say that the B team (our youngest players from 5 – 6 years) started strong with a 3-1 win against ACFA B. From there things were not going my way and they had some difficult games, but I am still so happy with them as they showed a fighting mentality against the other clubs and DTS A.

U7 A-Team: With the A team I am very proud and happy to see that they have learnt a lot in training. They can take it to the games, as they beat RamblesB 5-1. They went on to beat ACFA B 7-0, ACFA A 3-1 and their own the B team 8-1. Before the last game they were equal with Ramblers A, both teams had at 12 Points. In the final it was Ramblers A vs DTS A and it was 2-0 for Rambles in the first half. When the second half started DTS made it 2-2 and it was a very tight match but Rambles came out with the victory. It was great to see that the kids have fun and always play with a smile."

U8 A-Team: The DTS U8 A team did really well in the first tournament of the year 2018. Especially in the cooler morning hours they played some great football and could win the first 5 games clearly. In the sixth game they drew against Ramblers. Eventually they lost against SKW 1:0 in a really tight 7th game. They had lost a bit of the speed and creativity of their first games, a fact that we will address in the next training session, where we will focus more on fitness and speed. In the end the U8A team won the Silver medal and had great fun!

U8 A Coach Sebastian Dürrschmidt

U8 B-Team: The Under 8B had an awesome tournament over the weekend. We played against different teams and my six players could get a lot of experience. For most of them it was their first tournament! We didn't get any medals and we couldnt win games against the other A teams in our U8 group but we had a lot of fun in any case.

U8 B Coach Jürgen Mashego

The DTS U9 and U12 teams had a memorable tournament filled with hard work and surprises. Both our 'A' teams kept a great level of performance lending them in first place in both age categories, winning the trophies in their age categories.

As for our U9 second team, we ended 3rd in our group with only one defeat. If we had won this game, we could have played our first team in the semi – finals.

I believe that the high performance approach enforced in my training methods complimented the high intensity or high pace nature of the Futsal games, which made it a bit easier or natural to keep up when the going got tough. Other technical aspects which amazed me as a coach was the player individual abilities to shoot the ball comfortably with any foot, which made our offense very fierce in attack or shooting from any given angle.

Without the good organization and efforts from our committee and parent helpers results like this would've been difficult to achieve. Your dedication and commitment made it easier for the coaches to focus on games and team preparations overall, KEEP UP YOUR GOOD WORKS!

Under 11 started into the first tournament with two wins and two losses. In the group phase they where short by 1 point to progress to the knockouts. With the first two games trying to find one another as a team, they outperfomed themselves in the last two games. Winning both by fighting hard and playing as a team.

We will continue our hard work this week in preperation for the first league matches in the Hopsol league. Also the team will be preparing for the SKW tournament in March to compete for the crown.