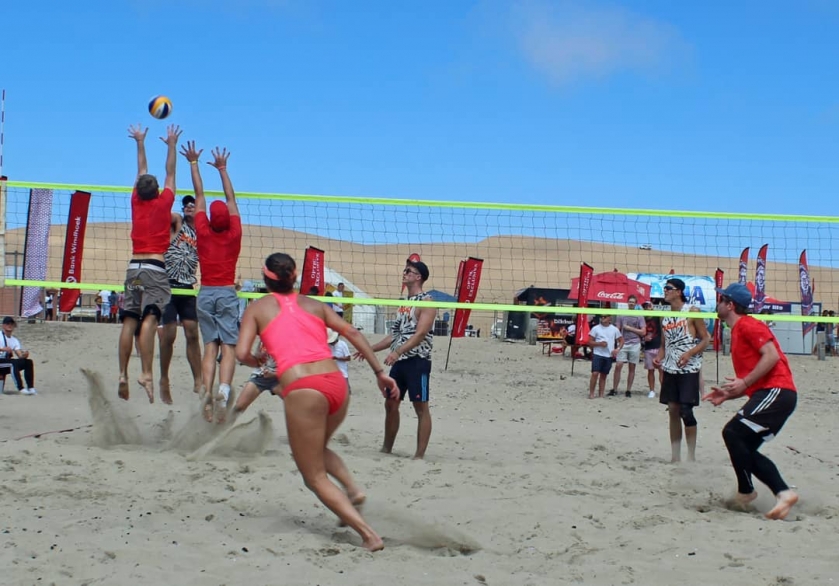 The seventh & final Timeout Beach Series 2018 event of the year, the Bank Windhoek Beach Bash Volleyball 2018, was hosted at the beautiful setting of Langstrand, the perfect combination of sun, sea, sand, dunes and beach volleyball.

The volleyball tournament was hosted by Namib Rage Events and is part of the Tafel Lite Beach Bash 2018. It's a place where the waves of sound and the ocean meet. A sensation felt so deep, it brings out the bass in you and turns the beach into a magical dream of pure fantasy. Some say it's the Vegas of Langstrand, others say it's new found life on earth. All we know is, it's the Tafel Lite Beach Bash Vol 6.

This competition saw 29 teams participating, a new record for the sixth edition of this annual event. 21 Social teams and 8 Pro teams.

The Social completion saw the 21 teams divided in to 4 pools, playing round robin, with the top 2 teams advancing to the knockout stages. The semi-finalists were; Set 4 Life, Unbeatables, Dome Dragons & Team Tipzy. Set 4 Life won there semi 21:13 and so did Team Tipzy 21:18 to both play for the gold medal. In the bronze medal match Dome Dragons beat Unbeatables 21:15. The final was a very closely contested game with Set 4 Life just scrapping the win 21:19 to become the Social Champions at the Bank Windhoek Beach Bash Volleyball 2018. 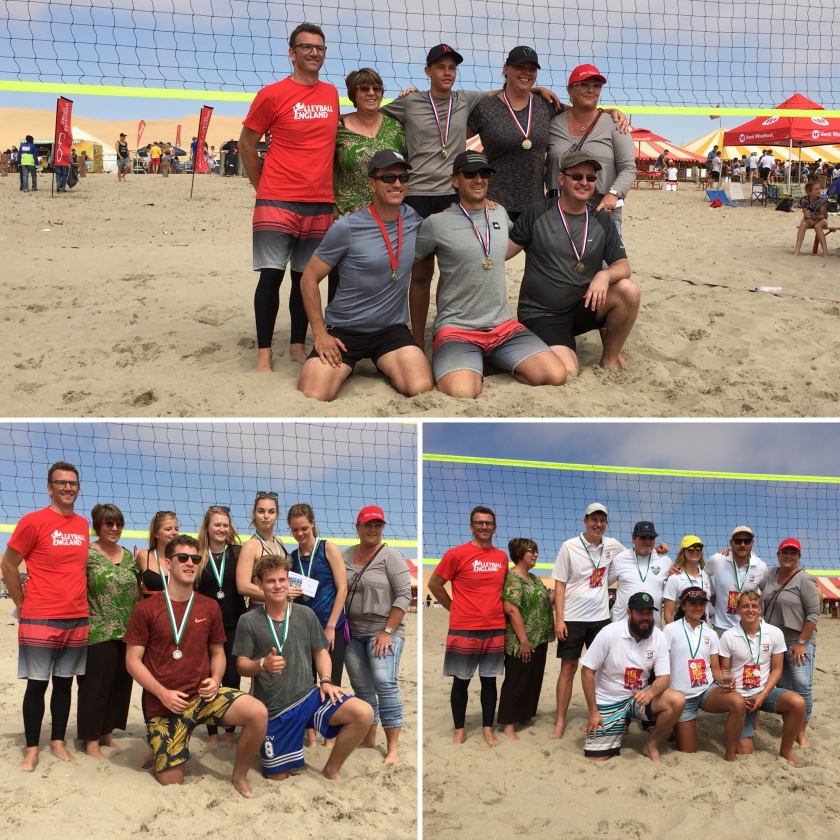 The final was a very exciting affair with athletes from last year’s (2017) winning Pro team divided between the two finals teams. Fabian & Daniel Pfeifer playing with Optic Exclusive and Kim Seebach & Roman von Ludwiger playing for DARK. The final didn’t disappoint, it was an epic 3 set match with Optic Exclusive coming out on top winning 2:1, 17:21, 21:18 & 15:12. They took N$8,000 in prize money and the title of Bank Windhoek Beach Bash Volleyball 2018 Pro Champions. 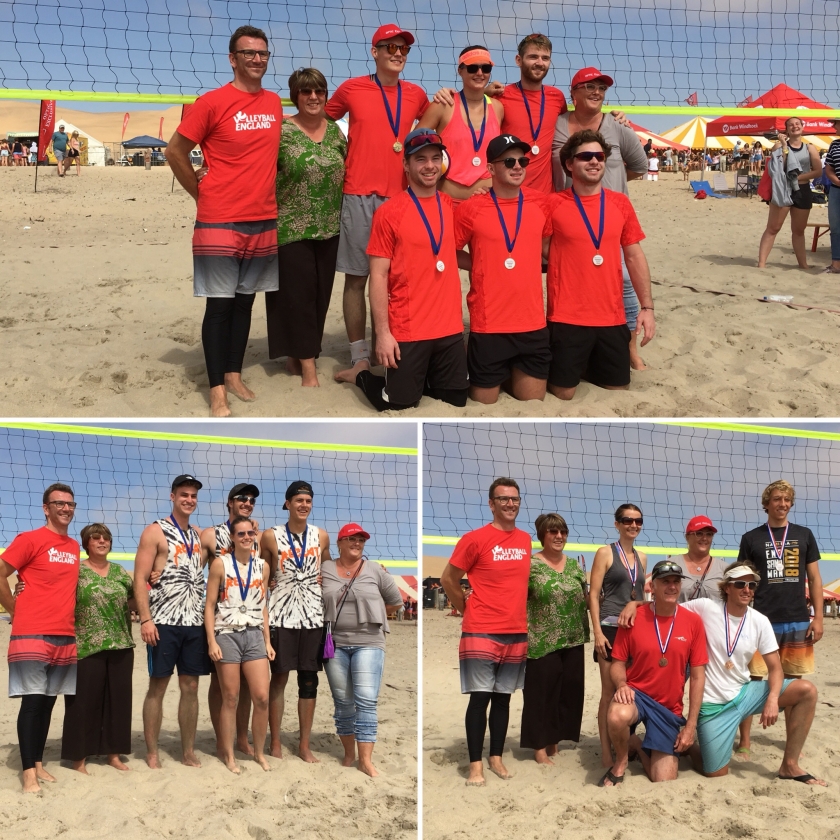 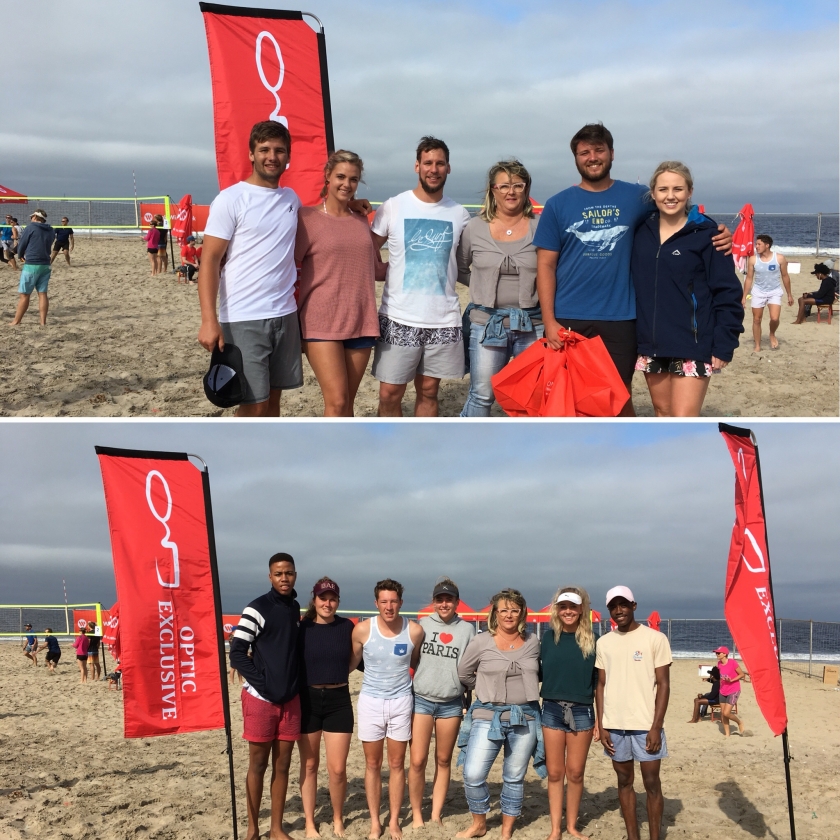 We are very thankful to have Bank Windhoek as tournament sponsor after sponsoring the Beach Bash Volleyball event for the last three years. We are very grateful for their support and are looking forward to working with them again in future event.

The dates for the Timeout Beach Series 2019 event are: