The 20 teams weren’t just playing to become the Clausthaler Grand Prix 2019 Champions; they were also fighting for a cash prize pot, divided between each category, kindly sponsored once again by CLAUSTHALER powered by AFRICAN MARKETING.

The Mixed 4-a-side category saw the teams battle it out, in a round-robin format. It was very closely contested for the medals with Furious Watermelons, Khomas Eagles & Phoenix all winning a match which left the podium places to be decided by points difference to divide the teams. Phoenix came out on top with a points difference of +3 to becoming Clausthaler Grand Prix 4-a-side social mixed champions. 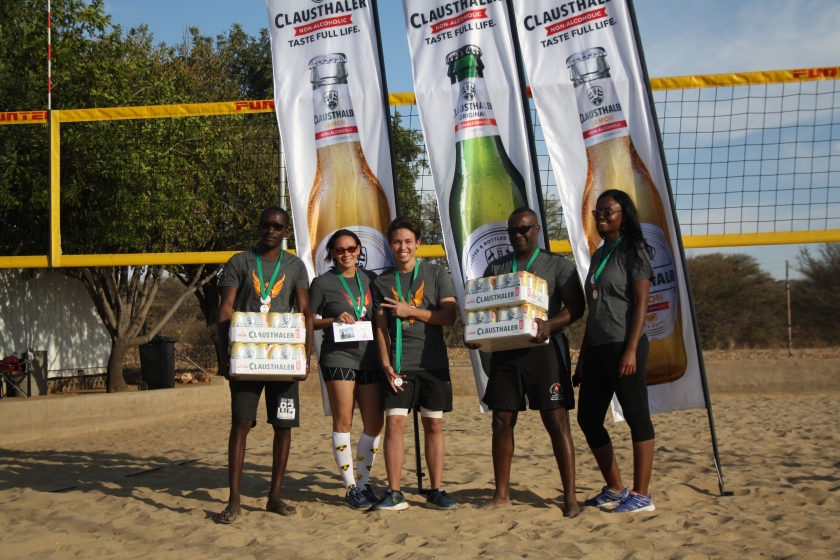 The 2-a-side Social competition, a 2-group round robin format was played with 9 teams.

The Youth category saw 3 teams playing through the day to find the best 2-a-side youth team. The Under 17’s teams played a round robin format, playing each team twice, to decide the champions. It was very close between the teams, and some tight matches eventually saw Maya Stange & Glen Gebauer finishing second & Martin Hoth & Yenik Brinkmann coming 3rd. 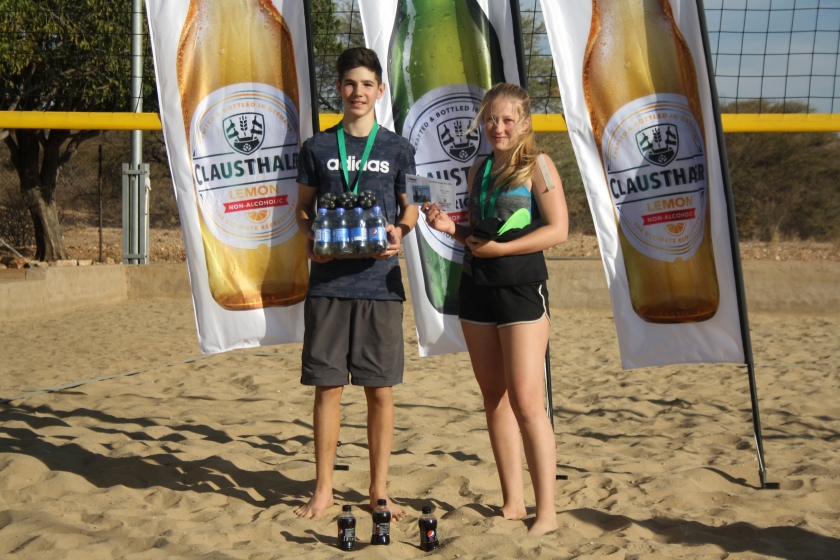 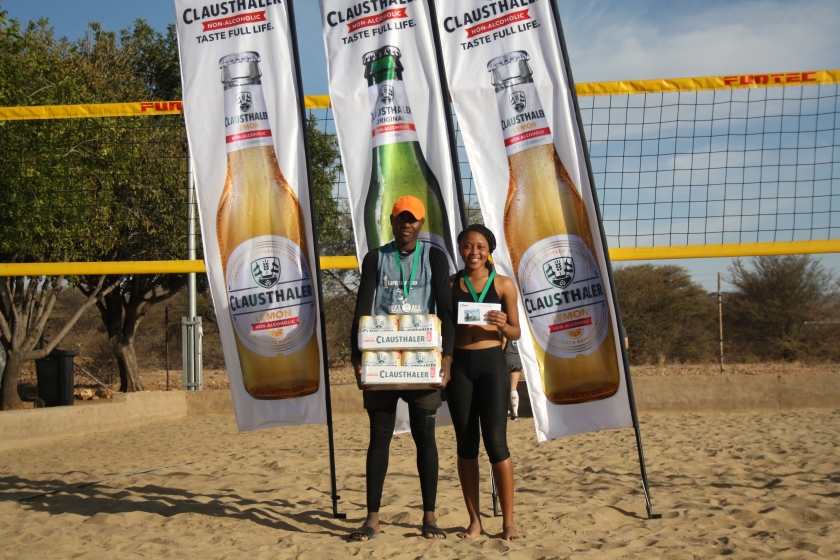 The much-anticipated Men’s Final took place on court one in front of a large, noisy crowd. The first set was a tense, close affair, with both teams trading points. Eventually Stefanus & Bernhard opened up a few points leads, which they held to the end, winning 21:17.

The second set followed a similar pattern. Stefanus & Bernhard continued to dominate, and managed to take the second set 21:16 and the match 2:0. and becoming the Men’s Clausthaler Grand Prix Champions 2019. 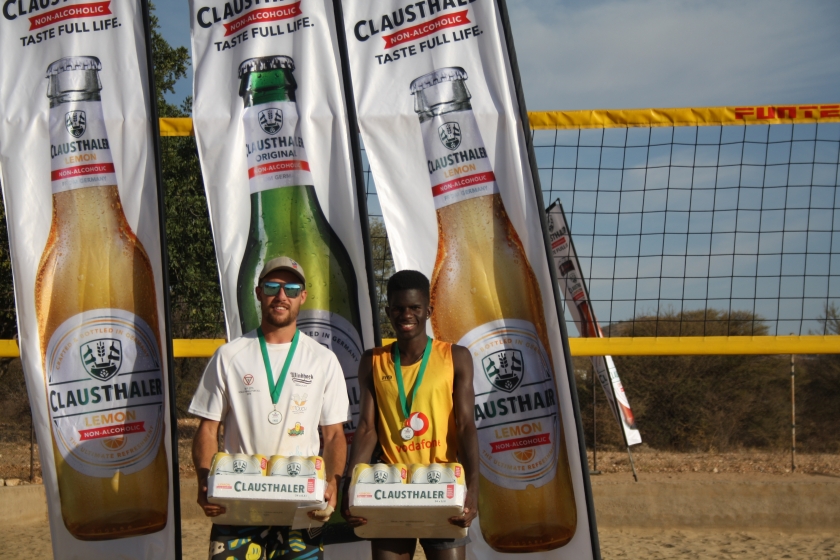 A massive ‘Thank You’ goes to our tournament Sponsor; CLAUSTHALER powered by AFRICAN MARKETING for their sponsorship of 3 event on the Timeout Beach Series this year.

The Timeout Beach Series 2019 makes its fifth stop of the year at Tivoli Southern Sky Guest Farm for the Clausthaler Kalahari Open 2019 on 14th & 15th September.