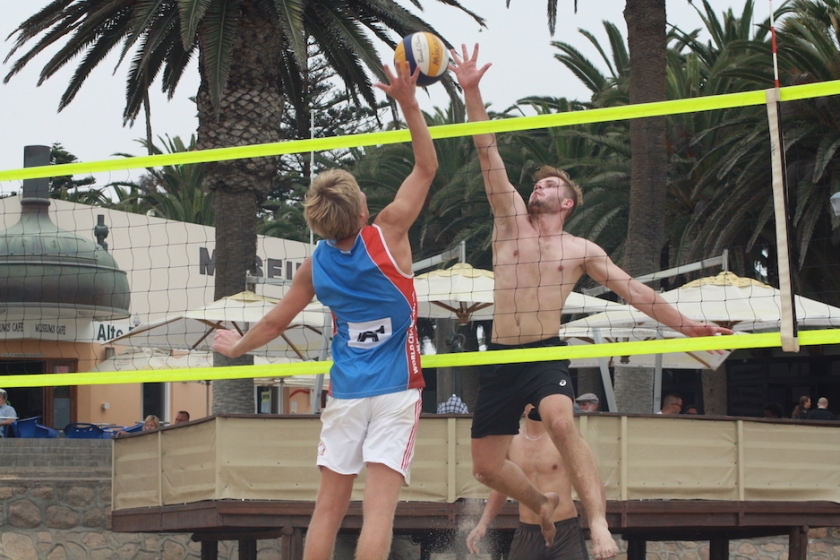 The sixth & penultimate Timeout Beach Series 2019 event of the year, the Fabupharm Swakop Masters 2019, was hosted at the beautiful setting of Mole Beach, Swakopmund, the perfect combination of sun, sea and sand.

The Fabupharm Swakop Masters 2019 saw a massive turnout of around 90 athletes participating in 3 categories; 2-a-side Men’s, Social and 4-a-side Mixed.

The 25 teams weren’t just playing to become the Fabupharm Swakop Masters 2019 Champions; they were also fighting for prize money, once again kindly sponsored by FABUPHARM NAMIBIA.

We are very thankful to have Fabupharm as our tournament sponsor after sponsoring the Swakop Masters event every year since 2015. We are very grateful for their support and are looking forward to working with them again in the future.

The Mixed 4-a-side category saw 6 teams battle it out, in a round-robin format. In a very closely contested category Silent Killers, BDO, Shamrock VT & finished 4th, 5th & 6th respectively. It was very tight for bronze medals with Vega One coming out on top with 2 wins and taking 3rd place.

The fight for the gold and silver medals, we saw two very competitive teams; Smooth Operators & Vega Two. Vega Two came out on top winning 2:0, 23;21 & 21:13 in the head to head match and becoming the Fabupharm Swakop Masters 2019 4-a-side Champions.

The 2-a-side Social competition once again a round-robin format was played with 8 teams, split into two groups, fighting it out for the chance to play in the quarter-finals.

Very quickly in Group A, two teams showed great form with Rosi Hennes & Almut Hoffmann going undefeated and Philip Schulz & Janice Lohmann only losing one match to move into the quarter- finals. In Group B, it was a similar story with Hannah Reusch & Kudzai Chiguta winning all their pool matches and Lotti Ertner & Marit oestlund only losing one. They both also advanced to the quarter-finals.

All the four quarter finals were very exciting matches and with Rosi & Almut, Philip & Janice, Hannah & Kudzai and Marit & Lotti advancing to the semi-finals.

3rd place went to Hannah & Kudzai with a great performance with a 2:0 win over Marit & Lotti.

The final right from the start was a tight match, but only took 2 sets to separate the teams, with Philip & Janice beating Rosi & Almut winning 2:0, 21:19, 21:15 to finish top of the podium. 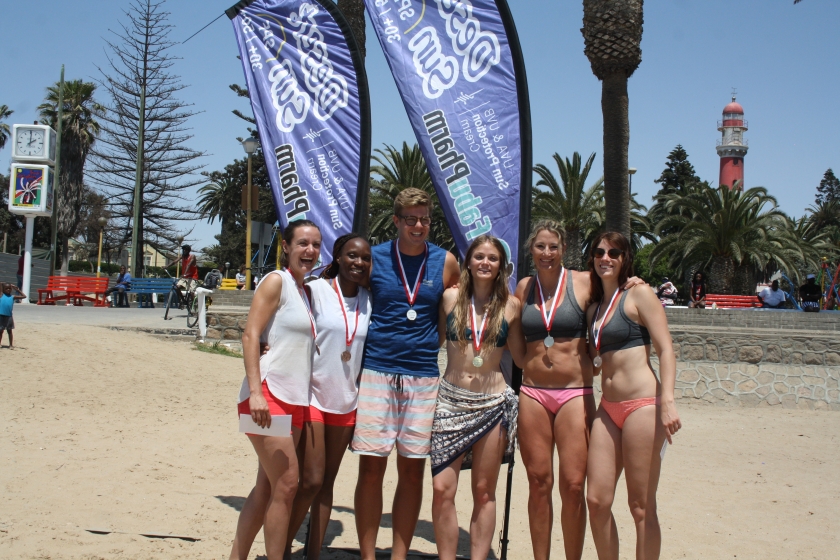 In group B, it was a much tighter affair with 3 teams all winning 3 matches and losing 1, leaving it to points difference to decide who are the top 2 teams advancing to the semi-finals. With +66 points difference Conrad Johannes & Jan-Eric Sack finished top of the group and Panashe Chiguta & Mutasa finishing second with +35 PD.

The men’s final proved to be a great spectacle of beach volleyball skills & tactics from both teams and it took 3 sets to separate them with Conrad & Jan-Eric winning the tight match 2:1, 12:21, 21:14 & 15:10 to take the title of Fabupharm Swakop Master 2019 Men’s Champions. 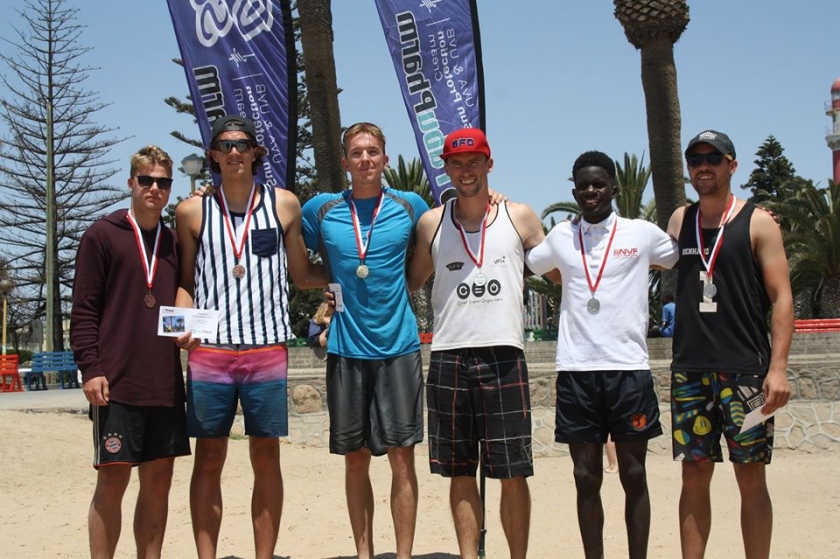 A massive ‘Thank You’ goes to our tournament Sponsor; FABUPHARM NAMIBIA for their sponsorship of this event and over the last 5 years.

The Timeout Beach Series 2019 final tournament is the:

(One female on court at all time & a maximum of 6 athletes per team).

N$800 - Silver package, this includes volleyball team entry only and no