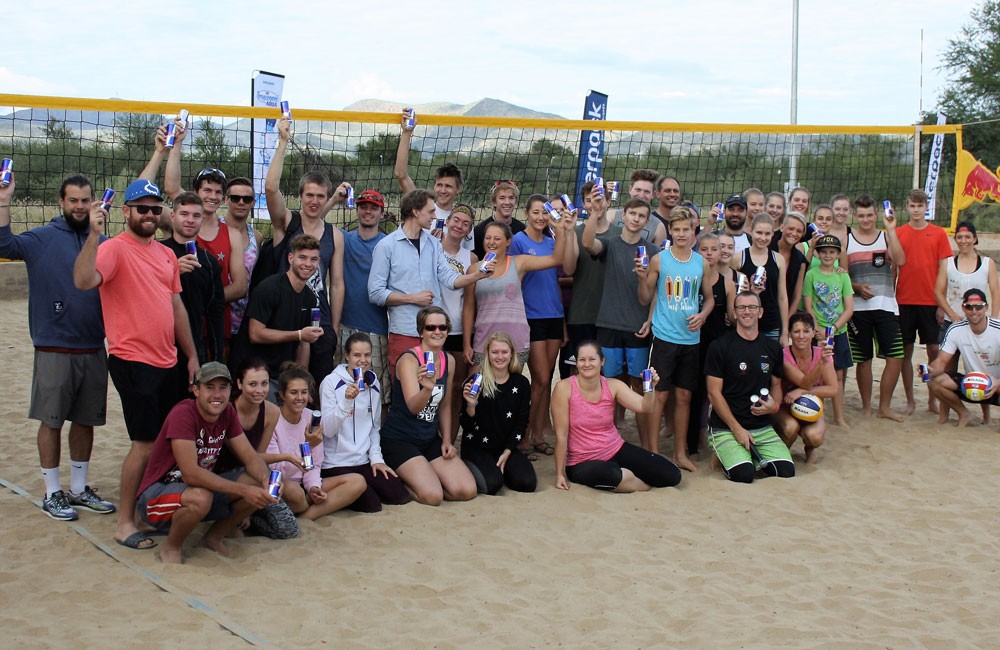 The first of 6 Timeout Beach Volleyball Series 2017 events took place last Saturday at DTS Beach Arena. The INTERPACK Mixed Grand Slam was a gender-equal competition which saw male and female players compete together on the sand, after the success of last year’s event.

In the 2-a-side categories, teams were composed of one female and one male and the 4-a-side, two female and two male athletes.

The 28 teams weren’t just playing to become the Interpack Mixed Grand Slam Champions; they were also fighting for a prize pot of N$7,500 in total, divided between each category, kindly sponsored by INTERPACK.

The semi-finals saw the Kristin & Fabian trade beach volleyball blows in an amazing demonstration of defensive skills. Another 3 set match saw Kim & Andriko win to advance to the final and Kristin & Fabian go into the 3rd/4th place match. In the second semi-final Rosi & Heiko played against 2016 Champs Carmen & Jan-Eric. Only 2 sets were needed to split the two teams and the more consistent service of the Rosi & Heiko saw them take the win and advance into the final.
The 3rd place match was a really exciting match with Kristin & Fabian against Carmen & Jan-Eric. A great battle unfolded with Kristin & Fabian showing their growing international experience and closing out the game 2:0, 21:12 & 21:18, to take 3rd place.

The final started under the setting sun and dark clouds, the perfect backdrop, worthy of a final.

Very quickly Rosi & Heiko took a lead with good serve-receive and aggressive attacking options which Kim & Andriko were not able to keep up with, who always a few points behind. In the second set the same pattern unfolded and the confidence of Heiko grew and gave the opposition no way back into the match. Rosi & Heiko took the final 2:0, 21:13, 21:12 to take the title of Interpack Mixed Grand Slam Experienced Champions 2017, Heiko’s first tournament win, with likely many more to come.

A massive thanks goes to our tournament Sponsor; INTERPACK, #redbullnamibia for their contribution and lots of free samples.