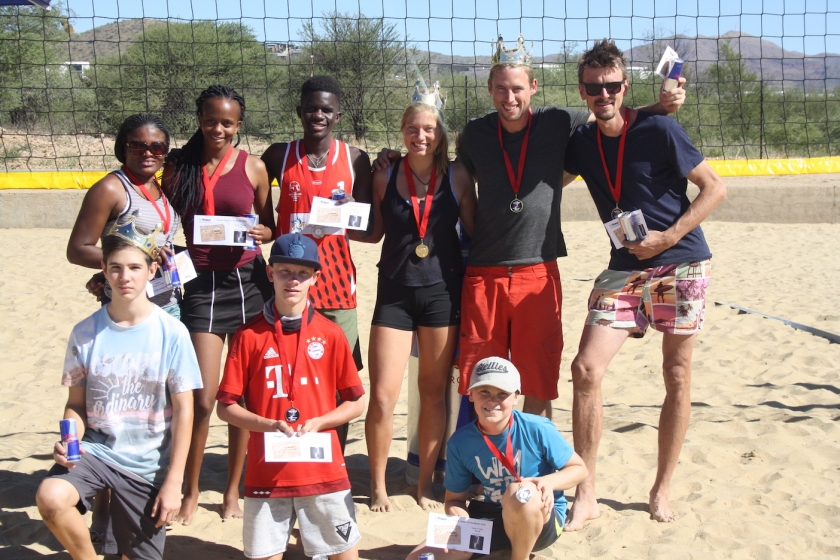 The second Timeout Beach Series 2019 event of the year, the Timeout King & Queen of the Beach 2019, was hosted at DTS Beach Arena last weekend.

This tournament wouldn’t be possible without the continued support from Red Bull NAM, who are supporting a Timeout Beach Series 2019 event again this year. We are humbled and very thankful by their support of beach volleyball in Namibia.

The Ladies competition saw some great beach volleyball, the athletes battle it out for the title of ‘Queen of the Beach’, made up of a field of 8 athletes.

The final four comprised of Nicole Abdinghoff, Marina Glatthor, Ndinelago Kasheeta & Rebecca Kandundu. After a battle royal, Marina managed to win all her 3 games with the other 3 athletes finishing on one win each and the silver and bronze podium places would be decided on points difference.

With 3 athletes, all finishing with one win each, to decide who finished second, third and fourth, we had to go to points difference. Ndinelago had the best points difference with -3 and took second and Rebecca (-7) finish 3rd. The Queen of the Beach 2018 title went to Marina with a very impressive winning record of 21:16, 21:13 & 21:11. 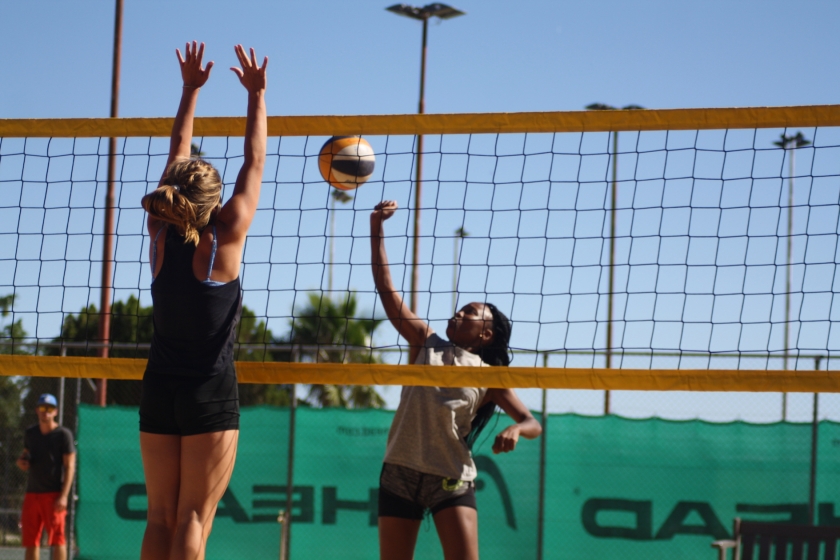 The Youth category, like the ladies’ category, saw 8 athletes participating (7 boys and 1 girl). During the first 2 rounds, there was some great beach volleyball demonstrated by these young athletes. Lots of close matches and all of them must have felt they had a chance to advance to the final four. The four that made it were; Silja Utz, Julian Horenburg, André Utz and Max Böck.

The final had to be decided by points difference as 3 out of the 4 athletes won 2 matches each. Finishing in 3rd place and taking home bronze was André with +4. Second place went to Julian with +8 and the Youth of the Beach title went to Max Böck with a great points difference of +16. 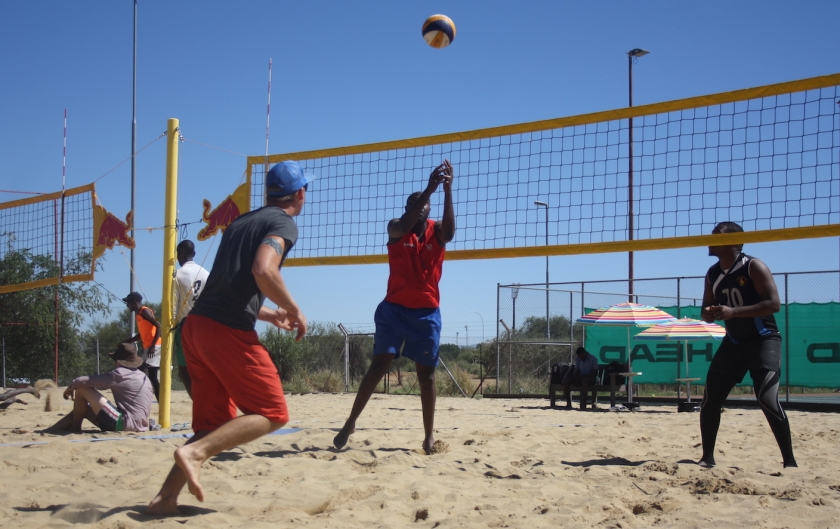 In the final, 3 athletes all winning 2 out of 3 matches, with all 3 medals being decided by point’s difference. Nikolai Gilck finished in bronze position with 0 points difference and Stefanus Kangandjera finished with silver +4 points. But the winner, for the second year in a row, was Conrad Johannes winning all his 2 games in the final and a points difference of +8 and once again taking the title of King of the Beach.

In the 4-a-side category, 7 teams battled it out in a round-robin format to try and finish on the podium.

The category saw one team dominate the competition, with Happydu won all of their 6 matches. The rest of the teams had to battle it out for 2nd, 3rd and the minor places.

After 21 games were played we saw Rebecca FC (St Pauls) finish in 3rd place with a record of 4 wins (+60 points difference). This left the NUST Social to take 2nd place, winning 4 games (+69 points difference) A huge congratulation to Happydu, based in Soweto, Katarura, with all athletes between only 11 – 14 years old, taking the title of 4-a-side Social Mixed King and Queen of the Beach 2019.

Football goal posts got a fresh coat of paint.
Soccer Camp 2019 May